The Immorality of the Catholic Priesthood 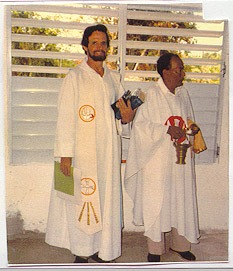 Former Roman Catholic Priest, Richard Bennett shares his life story of coming to true Biblical salvation outside of the Catholic Church. His story covers many years of deep contemplation over the message of the scriptures and his trial as he compared the Bible with official Catholic teaching. Richard clearly shows the joy of the Lord as he comes to biblical salvation at the age of 48 and then his departure from the priesthood.
Play
Stop
X
Share on Facebook Share
Share on TwitterTweet
Share on Pinterest Share
Share on LinkedIn Share
Share on Digg Share
Send email Mail

Do Catholic Priests Have Special Powers? 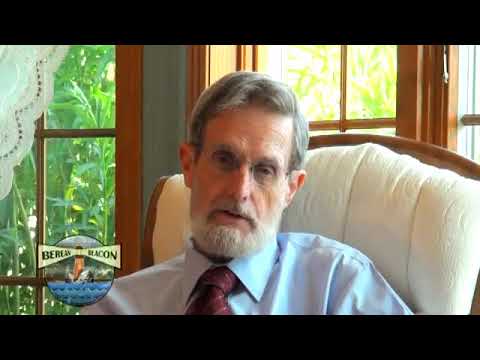 Former Roman Catholic Priest, Richard Bennett, takes an inside look at the causes for the corruption of the RC priesthood. He carefully demonstrates why this demonic system (1 Tim. 4:1-5) inevitably leads to the sexual scandals that have always plagued Romanism — including pedophilia, homosexuality, adultery, fornication and more. These sins also flourish at Romanist seminaries & colleges & Bennett exposes this fact from the books of RC writers themselves. This message also contrasts the glory of Christ’s Priesthood from Scripture with the parody that is the RC priesthood. Bennett’s heartfelt love for the poor, deluded souls still caught in the grips of the Roman ecclesiastical beast can be heard throughout this message.
Play
Stop
X
Share on Facebook Share
Share on TwitterTweet
Share on Pinterest Share
Share on LinkedIn Share
Share on Digg Share
Send email Mail
0

Immorality in the Priesthood

Why Did 50 Roman Catholic Priests Leave the Priesthood?

The Excellence of Christ’s Priesthood and Rome’s Parody

After the Lord Jesus’ resurrection He is the sole sacrificial priest of the New Testament. He finished the work of our salvation by one sole offering. It is of utter importance to understand the fact that Christ Jesus alone is qualified to be the believer’s Priest. He alone had the absolutely unique qualifications of being Read More

Far from Rome near to God

While the USA is entangled in a Catholic sex abuse scandal similar events are being revealed in other nations.  “Of all the countries where sexual-abuse revelations have scandalized the Roman Catholic Church, Ireland has been among the hardest hit.  In the past decade, this predominantly Roman Catholic nation of 3.8 million people—which has exported priests Read More