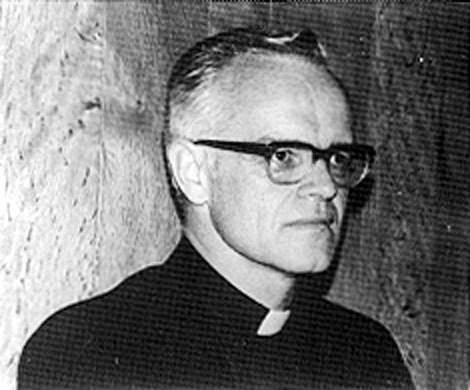 “All scripture is given by inspiration of God, and is profitable for doctrine, for reproof, for correction, for instruction in righteousness: That the man of God may be perfect, thoroughly furnished unto all good works.” (II Timothy 3:16-17)

From childhood to age forty-four, seventeen years as a Roman priest (1955-1972), the Roman Catholic Church had been the pillar of truth to me, and my infallible guide to God. This “pillar of truth,” the Roman Church, was not constructed solely of the infallible Scriptures, but also constructed of man’s “traditions” apart from Scripture, which were held to be revelations from God, but which in fact contradicted, and were in opposition to the plain teachings of Scripture.

During the first century A.D., i.e., the days of the Apostles, truth was being preached in the streets and Temple areas of Jerusalem. That would eventually make up the content of the New Testament Gospels and the book of Acts. Acts 6:7 bears testimony to that preaching: “And the word of God increased; and the number of the disciples multiplied in Jerusalem greatly; and a great company of the priests were obedient to the faith.” At great personal cost, those Jewish Old Testament priests left all they had to follow Jesus. When their hearts were pierced by the truth, i.e., that “two edged sword” (the Word of God – Hebrews 4:12), they left all to follow Jesus. All former Catholic priests who have become “obedient to the faith” can certainly relate to this passage (Acts 6:7), from Wyclif, Hus, and Luther, down to the present day. At different times and in various ways God has used His written Word to set men, even Catholic priests, free! “Then said Jesus to those Jews which believed on him, If ye continue in my word, then are ye my disciples indeed; And ye shall know the truth, and the truth shall make you free” (John 8:31-32). In 1972, while I was pastor of Sacred Heart Catholic Church, Rayville, Louisiana, USA, the Lord’s truth and grace became as clear as day to me. Here is my full story.

In 1928, I was baptized into the Roman Catholic Church as an infant. When I was just over a year old my family moved from New York State to New Milford, Connecticut, where I was raised in the Catholic faith. I thoroughly believed in all Catholic practices and beliefs, and I took my relationship to the Church, and therefore to God, very seriously. My first communion and confirmation were important events to me. After high school, I went to Tufts College in Boston to study pre-med, hoping one day to become a medical doctor like my revered uncle. However, at the end of two years of study, I really desired to become a priest. I felt it was more important to help people spiritually than to aid them medically.

In September of 1948, I began studies for the priesthood at St. John’s Seminary in Brighton, Massachusetts. How I loved the seminary! Everything was so “holy” there. Nevertheless, at the end of my first year in the seminary, I withdrew. I felt I could never measure up to being a priest, being convinced at the time that it was the highest possible call on a young man’s life. I attended Boston College (Jesuit) and served Mass almost every morning at a local Catholic monastery. At this time, during autumn of 1949, God saved me by His grace (the only way!) even though I did not know a lot about the Bible. Jesus saves the believing repentant even though they walk in a measure of confusion and darkness. I had come to a place where I was uncertain about my relationship with God, and I wanted to be sure about that above everything else.

One night I knelt in a confessional booth and confessed every sin of my life that I could bring to mind. At confession I always confessed my sins to God first, though it was in the presence of the priest who would give “absolution.” “If we confess our sins, he is faithful and just to forgive us our sins, and to cleanse us from all unrighteousness…” (I John 1:9). After I expressed my repentance, and while the priest was giving the ritual “absolution,” I cried out to God with my heart, saying, “God, if you will forgive all my sins, I take you as Lord of my heart and I will serve you the rest of my life!” “For whosoever shall call upon the name of the Lord shall be saved” (Romans 10:13). Leaving that confessional box and walking across the transept of the church, I felt a great peace and “Abba, Father!” rang in my heart. I knew that I had a relationship with God! This did not happen because of the presence of a priest and liturgical absolution. It happened because of the presence of Jesus Christ, our great High Priest Who made intercession for me and Who made me the object of His grace, mercy, and compassion. “In whom we have redemption through his blood, the forgiveness of sins, according to the riches of his grace; For by grace are ye saved through faith; and that not of yourselves: it is the gift of God: Not of works, lest any man should boast” (Ephesians 1:7, 2:8-9).

The next year, I re-entered the seminary to complete studies for the priesthood, the best way I knew to serve God at the time. I was ordained by Bishop Lawrence Shehan of Bridgeport, Connecticut on February 2, 1955, and began ministry as a Diocesan, or secular priest, in the Diocese of Alexandria, Louisiana. The great excitement and joy I felt about my unique position of service began to wane after a few years, and try as I might to do everything right—it became empty, meaningless ritual.

The Bible – a New Standard

In 1971, after several years of crying out to God for something more meaningful, my great hunger was abated. Jesus and the Word of God (Scriptures) became very real to me. Because “…the love of God is shed abroad in our hearts…” (Romans 5:5), the Holy Spirit led me to judge Roman Catholic theology by the standard of the Bible. Before, I had always judged the Bible by Catholic doctrine and theology. It was a reversal of authority in my life.

On a Sunday night in July 1972, I began to read the Book of Hebrews in the New Testament. This letter exalts Jesus, His priesthood, and His sacrifice over all the Old Covenant or Testament. This is some of what I read: “Who needeth not daily, as those high priests, to offer up sacrifice, first for his own sins, and then for the people’s: for this he did once, when he offered up himself…” (Hebrews 7:27). This startled me, and I began to feel very uneasy. I understood for the first time that Jesus’ sacrifice was a one-time sacrificial offering at Calvary, in itself effectual to reconcile me to God and believing repentants of all ages. I saw at this time that the “Holy Sacrifice of the Mass” offered by me and thousands of other Catholic priests daily throughout the world was a fallacy and completely irrelevant. If the “sacrifice” I daily offered as a priest was meaningless, then my “Priesthood” which existed for the purpose of offering that “sacrifice” was likewise without meaning. These realizations were soon clearly confirmed as I continued to read in Hebrews Chapter 10: “But this man, (Jesus) after he had offered one sacrifice for sins for ever, sat down on the right hand of God; From henceforth expecting till his enemies be made his footstool. For by one offering he hath perfected for ever them that are sanctified” (v. 12-14). “Now where remission of these is, there is no more offering for sin” (v. 18). 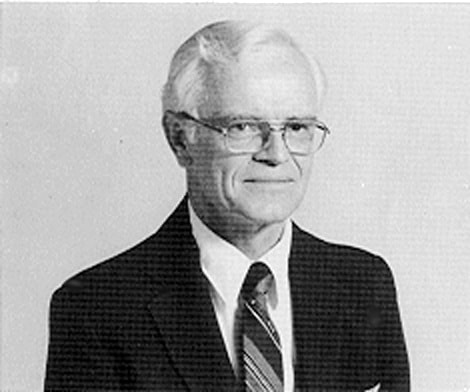 That night the Roman Catholic Church lost credibility for me, as it had taught as truth what was clearly contrary to the Scriptures. I then chose the Scriptures as my standard of truth, no longer accepting the magisterium, or teaching authority of the Catholic Church as my standard. In my letter of resignation from the Catholic Church and ministry, I stated to the bishop that I was leaving the priesthood because I could no longer offer the Mass, as it was contrary to the Word of God and to my conscience. This was in 1972. It was not long before I was baptized by immersion, began biblical studies and was ordained to the Gospel ministry. For over twenty years I have walked in the freedom of which Jesus spoke, saying, “Then said Jesus to those Jews which believed on him, If ye continue in my word, then are ye my disciples indeed; And ye shall know the truth, and the truth shall make you free” (John 8:31-32), and “If the Son therefore shall make you free, ye shall be free indeed” (John 8:36).