I Was A Blind Leader Of The Blind – Salvatore Gargiulo 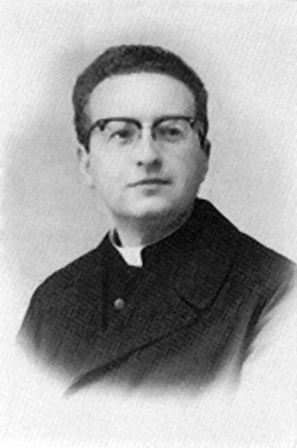 “…Can the blind lead the blind? shall theynot both fall into the ditch?” (Luke 6:39)
My name is Salvatore Gargiulo. I was converted to the Gospel of the Lord Jesus in 1977, and I am now serving Him in the same place where I previously followed the calling of a Roman Catholic priest. My conversion came about slowly, step by step, over a number of years and it was one of those great miracles that only God can bring about.

I was ordained as a priest in 1951, and it was my firm intention to be a devoted son of the pope all the days of my life. I was fully convinced that he was the successor of Peter, the visible head of the whole Church and the vicar, or authoritative representative, of Jesus Christ on earth. 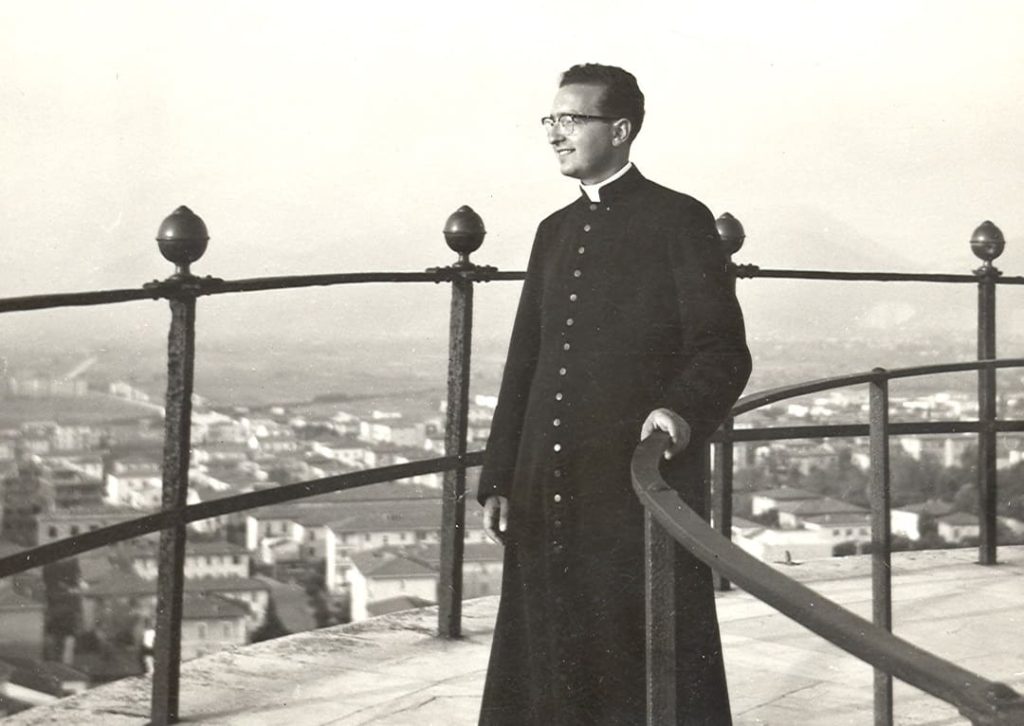 The Roman Catholic Church is really a church that follows Mary rather than Christ. I never stopped urging people to recite the holy Rosary (a monotonous repetition of prayers to Mary). I enthusiastically passed on to others the stories about miracles she is supposed to have performed, which are nothing but the work of the powers of darkness, intended to lead millions of souls astray and to prevent them coming into contact with the Truth.

“Even him, whose coming is after the working of Satan with all power and signs and lying wonders. And with all deceivableness of unrighteousness in them that perish; because they received not the love of the truth, that they might be saved. And for this cause God shall send them strong delusion, that they should believe a lie: that they all might be damned who believed not the truth, but had pleasure in unrighteousness” (II Thessalonians 2:9-12). “And no marvel; for Satan himself is transformed into an angel of light” (II Corinthians 11:14).

However, my life had been molded in this system of errors and I had only a superficial knowledge of the Holy Scriptures. I was deceived myself and deceived others (II Timothy 3:13). In fact, my theological studies were really based on scholastic philosophy and not on the Bible.

In my religious fanaticism and faithfulness to the provisions of the official code setting out the rights of priests, I one day burned a “Protestant” Bible because it did not have the Imprimatur (or the printed authority) which allowed it to be read.

Nevertheless, all my certainty and faith in the Roman Catholic institution did not prevent me from being deeply unsatisfied at heart. I administered the sacraments as my turn came around to do so, but I lacked the greatest gift that God desires to give to man, that of knowing that he has been accepted by God because his sins have been forgiven once for all at Calvary. “Therefore being justified by faith, we have peace with God through our Lord Jesus Christ: By whom also we have access by faith into this grace wherein we stand, and rejoice in hope of the glory of God” (Romans 5:1-2). I also had a great fear of death and of the judgment of God. My religion spurred me on to do things in order to get merit (the Mass, the Sacraments, the Rosary, indulgences, acts of self-denial etc.) but at heart I felt that I was lost. Sadly, in spite of having a degree in theology, I knew nothing of the peace and simplicity which salvation by grace provides. The broken cisterns of the sacraments were unable to give me the Living Water, which my soul desperately needed.

An Appeal to My Heart

In the 1960’s, I became interested in the ecumenical movement. Naturally, my great hope was that this movement would cause the “separated brethren” to acknowledge the Roman Catholic Head of the Church and to accept that it was the will of Jesus that the pope should be the supreme shepherd of all the sheep. In this I thought God’s desire would be fulfilled that there should be one flock and one shepherd.

This made it necessary for me to know what Christians who were separated from Rome actually thought. I therefore started to listen to evangelical broadcasts on the radio and television. I particularly remember a series of morning messages given by an evangelical German Christian, Werner Euchelbach, which were broadcast from Radio Luxembourg. These never failed to finish with a heartfelt appeal as he said, “What you really need is Jesus.” To me he was merely the representative of a sect, a heretic, but the earnestness in his voice touched me. The center of his message was just Jesus. “Verily, verily, I say unto you, He that believeth on me hath everlasting life” (John 6:47).

The Light of Scripture

One day in 1975, as I was walking along a street in Florence, an Evangelical bookshop caught my attention. I went in just to look around. I was struck by the title of one of the books, Roman Catholicism in the Light of Scripture, by F.C.H. Dreyer and E Weller. I bought a copy, and it was not easy to rid my mind in a moment of all the false doctrines that were so deeply rooted there. Little by little, however, the Holy Spirit caused the Light of the Truth to penetrate my darkened mind.

Another two years of uncertainty, hesitation and seeking went by. In the end, it was nothing but the Bible, which is the real Sword of the Spirit, which finally uprooted all the errors that had held me in chains for so many years. “For by grace are ye saved through faith; and that not of yourselves: it is the gift of God: Not of works, lest any man should boast” (Ephesians 2:8-9). “…what must I do to be saved? And they said, Believe on the Lord Jesus Christ, and thou shalt be saved, and thy house.” (Acts 16:30-31) “And this is the record, that God hath given to us eternal life, and this life is in his Son” (I John 5:11).

Has the Catholic Church Changed?

Some evangelicals now think that times have changed and that it is now possible to hold a dialogue and to collaborate with the Roman Catholic Church in order to achieve Christian unity. This is a deception of Satan. The doctrines of this ecclesiastical organization have in no way changed. In fact they are now adding new errors to the old ones, and in particular they are working towards bringing in all the other religions, which will soon end up by establishing Babylon the Great, as spoken about in the 17th chapter of Revelation. (An example of this is in Vatican Council II Document Nostra Aetate, Paragraph 2:

“Buddhism in it various forms testifies to the essential inadequacy of this changing world. It proposes a way of life by which man can, with confidence and trust, attain a state of perfect liberation and reach supreme illumination either through their own efforts or by the aid of divine help…. The Catholic Church rejects nothing of what is true and holy in these religions.”

It is therefore of utmost importance for us at the present time to obey the exhortation of the Word of God, “Be ye not unequally yoked together with unbelievers: for what fellowship hath righteousness with unrighteousness? and what communion hath light with darkness? And what concord hath Christ with Belial? or what part hath he that believeth with an infidel? And what agreement hath the temple of God with idols? for ye are the temple of the living God; as God hath said, I will dwell in them, and walk in them; and I will be their God, and they shall be my people. Wherefore come out from among them, and be ye separate, saith the Lord, and touch not the unclean thing; and I will receive you. And will be a Father unto you, and ye shall be my sons and daughters, saith the Lord Almighty” (II Corinthians 6:14-18).

Walk as Children of Light 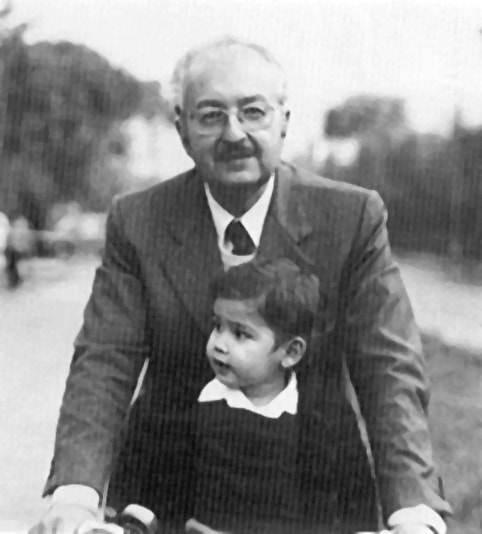 As I look back over the many years during which I lived under the power of lies and error, I can only thank my Heavenly Father with deep joy and gratitude that He delivered me from the powers of darkness and brought me into the Kingdom of His beloved Son. “For ye were sometimes darkness, but now are ye light in the Lord: walk as children of light” (Ephesians 5:8).