Out of Hell and Purgatory – Peter Alphonsus Sequin

I was born in Rigand County in the province of Vaudreuil, Quebec, Canada. I was the ninth child of ten children; there being eight boys and two girls. My parents were exceedingly devout Roman Catholics. They were good, moral, sober, and industrious people who did their best to raise their children for God and country, but oh, how ignorant they were. All they knew was how to count their beads, go to confession, attend Mass, and do the will and bidding of their priests.

I do not blame the Roman Catholic individual, but the Roman Catholic system and the men who run it. The day after I was born I was brought to the local church to be baptized. At the age of seven, I was forced to go and confess my sins to the priest. The priest asked me such filthy questions that I cannot mention them in writing. Then I had my first communion and was duly confirmed by the Bishop of Montreal.

I am told to become a Priest

Having spent some ten years at Bourget College, I was told by Canon Charles Edouard, then an advisor of the old Bishop Bourget, that I was called by God and him to become a priest. I decided to obey my superior and made my way to the grand seminary of Montreal where I was for four long years from 1862 to 1866. During this time I had no contact with the real world at all. Day after day I studied the theologies of Liguori and Perrone. I was very exact in my studies and very attentive of my duties in the seminary. Then on December 22nd, 1866, surrounded by sixty priests, I was ordained a priest by Bishop Bourget.

I write to the Pope

After fourteen years in the priesthood, I had seen a great many things that disturbed me. In the end I became so troubled by the sin and wickedness which I encountered in the parishes of Montreal, New Brunswick, Massachusetts, New York, and Minnesota, that I compiled a 150 page document which I sent to Pope Leo XIII. In it I informed him how truly sick were his representatives on the continent of America.

Seeking peace that passes all understanding

Finally, I came out of the Roman Catholic Church. It was during a weeklong visit I was making to Detroit, Michigan. Though still unsaved, I spoke out against Romanism for the first time at a French Baptist Church. My sermon was about the new dogma of 1870 claiming that the pope was infallible. At this time, I also learned about Charles Chiniquy, a former priest, who had been the means by God of bringing many lost souls out of the Roman Catholic Church to Christ. I learned that Charles Chiniquy had a home for priests, who, like myself, were beginning to see the light and whose shoulders could no longer bear the heavy yoke of the pope of Rome.

I wrote Charles Chiniquy a letter asking him for the hospitality of his home and the wealth of his experience in dealing with the perplexities that I now faced. His answer to my letter was, “Come along my dear brother Sequin; I will care for you.” He did too, and nobly, as always befits a true minister of Christ. I found that I was there with two other priests, who like myself were seeking for that peace which passes all understanding.

God’s grace comes to me

The old man Charles Chiniquy—oh how he prayed to God to send into my heart the conviction that I was a lost man unless I would repent and surrender to the One who came to save the lost. One day after dinner we read, as usual, a chapter from the Bible and then we had prayer. For the first time in my life I was able to see how my sins made me ugly and filthy in the sight of God. On my knees and with tears in my eyes I cried out to God, “What must I do?”

For the rest of the afternoon I entreated God on my knees, in the name of His dear Son, to show me the way to go to Him. I opened my New Testament and read, “For by grace are ye saved through faith; and that not of yourselves: it is the gift of God: Not of works, lest any man should boast” (Ephesians 2:8-9). Suddenly I saw that salvation was a gift from God, and I looked to the Lord Jesus Christ, and God saved me. 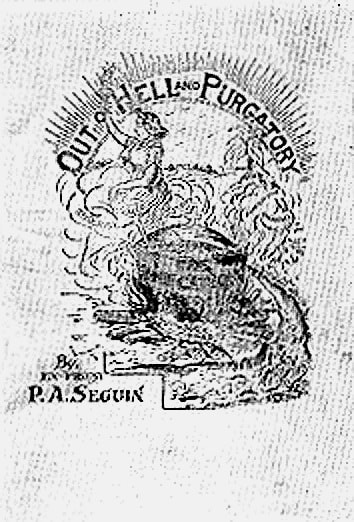 In that solemn moment of my conversion to God, when the cloud had gone away, and the sun was shining on me, I wept many tears, though like the women of the Gospel—not of bitterness—but joy! I ran and told my friend Charles Chiniquy, and calling together friends and neighbors I said to them, “Rejoice with me for this day I have found the peace, the gem: the pearl that I had lost; I have found the gift.” There was rejoicing all over the home. “Again, the kingdom of heaven is like unto a merchant man, seeking goodly pearls: Who, when he had found one pearl of great price, went and sold all that he had, and bought it” (Matthew 13:45-46). Salvation is in Christ alone.