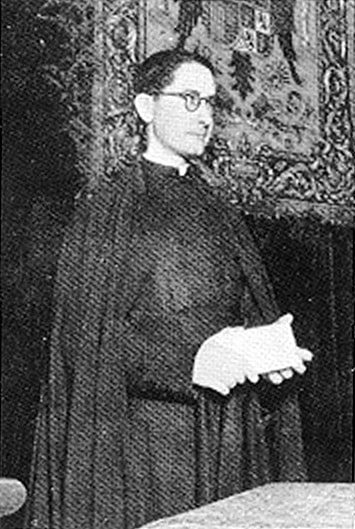 I have found that there is no foundation in the gospel for the dogmas of the Roman Catholic Church. Such a statement from the lips of the Rev. Father Luis Padrosa, dressed in his priest’s robes, left the evangelical pastor, Samuel Vila, whose advice he sought in that first memorable interview, almost speechless, with astonishment.

He came to talk with Samuel Villa, already persuaded by the force of the truth and constrained by the Spirit of God, anxious only to explain what he himself had discovered in the pages of the sacred Scriptures, the Bible.

He had now decided to take the painful and dangerous step (dangerous especially in Spain) of renouncing his office and position and sacrificing the fame that he had gained as Lecturer and Director of the Loyola Institutes of Barcelona and Tarrasa, in order to be faithful to the light he had received.

Rome is Not the True Church 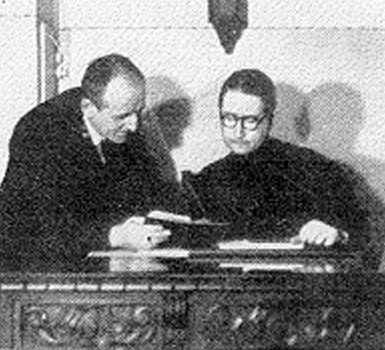 Luis Padrosa writes: “The reasons behind my great decision are not one, but many.” After living forty-three years a sincere Roman Catholic, fifteen of intense ecclesiastical training, ten as a priest and a popular preacher to great multitudes, and twenty-three of religious life in the Jesuit Order, I have arrived at the conviction that the Roman Catholic Church is not the true church of Jesus Christ. Thirteen years of intense study of apologetics have brought me to an unbreakable conviction. I know the arguments on both sides; I have analyzed them.

I took the Holy Scriptures and began to search, but where was the infallibility of the pope? I could not find it anywhere. Where was all that about Eucharistic fasting…and the Mass? Where was it all? I could not find it. The more I studied, the more I came to see that Christianity is one thing and Roman Catholicism another, completely distinct; the more I searched the Scriptures, the more convinced I became of this truth. In Roman Catholicism, Jesus Christ is presented as a fossil, a corpse, and a man nailed to a cross, but dead, no longer alive. Thus, the Church cannot get a Catholic to love Jesus Christ, and if there is no love, there is no possibility of salvation, however many Masses, scapulars, medallions, novenas, and images you have. It is useless unless there is sincere love and faith, and there cannot be such love unless a man sees Christ alive, His sacrifice finished. In Roman Catholicism your salvation depends on yourself, on your saying many prayers, on your using many scapulars, on your devotion to the Virgin, on your taking communion. From this, and from many other things, I came to see that Catholic doctrine could not be the truth. If you only knew what I was going through; it is something very serious.

For you find yourself up against your lifelong tradition, your native atmosphere, your family, relations, and all your friends, who are all going to say one of two things (or both at once) because they have no other argument for one who leaves the Roman Catholic Church for Christianity: you have gone mad or you have fallen in love.

If you only knew the torture of soul that Roman Catholics suffer. People who go to Mass every day and are constantly in attendance at the Roman Catholic churches live in torment of soul, saying to themselves, “Shall I be saved or lost? Did I make a good confession or not?” They have no peace. Is this the true religion? What is all this? Where in the gospels do we find this method of tormenting the sinner? When did Jesus Christ or His apostles torment sinners with their questions?

How wonderful to know in your heart that Jesus Christ our Lord has redeemed us, and that by grace we are saved! Does not St. Paul say, “I do not frustrate the grace of God: for if righteousness come by the law, then Christ is dead in vain” (Galatians 2:21). The salvation of men depends only on Jesus Christ, our divine Redeemer.

Jesus is the True Way 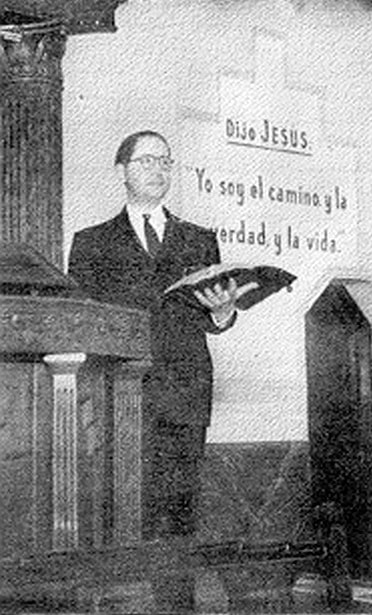 He is the way. He never said that the way was the Church. “…I am the way, the truth, and the life…” (John 14:6). On the other hand, the Catholic Church wants to be the way herself and to be absolute mistress of the Truth, so as to modify it at her will. To accomplish this she has put the clergy in place of Jesus Christ and the Church in place of the Bible.

I offer a word of advice to the one who wants to possess the truth: read as frequently as you can the holy Gospels and the Epistles contained in the New Testament. There you will see what it is that one who desires to be a Christian ought to believe and practice: “…Why do ye also transgress the commandment of God by your tradition” (Matthew 15:3)? “…well did Esaias prophesy of you, saying, This people draweth nigh unto me with their mouth, and honoureth me with their lips; but their heart is far from me. But in vain they do worship me, teaching for doctrines the commandments of men” (Matthew 15:7-9). Let us leave men, then, and listen to the Lord Jesus, for He alone has the words of everlasting life. “Verily, verily, I say unto you, He that heareth my word, and believeth on him that sent me, hath everlasting life, and shall not come into condemnation; but is passed from death unto life” (John 5:24).