I Was Not Antagonistic To The Truth – Bruno Bottesin 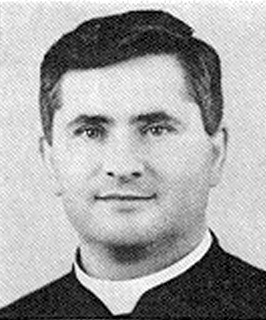 I was born in Vicenza, Italy, in 1917. At the age of eleven I entered the Franciscan College to study for the Priesthood. After my ordination I became the pastor of a small mountain parish of Castagnara. In 1954 I was transferred to a larger parish in the city of Chieti. Then Bishop Piasentini invited me to teach in the seminary in Chioggia and assigned me to a church there.

At last I thought I had found the right place for my ministry. I was a teacher in the seminary, pastor of a good parish, and had gained the favor of the Bishop. I organized a very fine Action Group. I worked day and night for my people with great zeal, but very soon I began to realize that all my activities and teaching of the Catechism and Roman dogma were not able to change the lives of my people. They came to church every Sunday, to the sacraments, and even to confession but they refused to follow the teachings of the Gospel of Christ. How could I continue to give the sacraments to people who did not want to give up their sins? They pretended to be Christians but they did the opposite of what Christ told us to do in His Gospel. Most of my people who did not want to sacrifice for Christ and change their sinful lives began to oppose me, and many of them would say, “What foolish things are being taught. Why should we change our way of life when we already do what the Roman Catholic Church asks us? We receive communion, take our children to the priests to be baptized and confirmed. The priest married us, we abstain from meat on Friday, and we go to church on Sunday. What more does our new pastor want from us? We are Christians, because we belong to the Roman Church.”

Someone reported me to the Bishop. He called me to his home and told me that I must give up my position as a teacher and a pastor because I was not following the teachings and instructions of the Mother Roman Catholic Church. He said that I was telling people to go to Christ and depend upon Him instead of telling them to depend upon the saints of the Roman Church, the sacraments, and the priests who had the same power as Christ had to forgive sins. I tried in vain to convince my Bishop that I was not teaching heresy but only the Gospel, that they could not be forgiven of their sins unless they repented to God because there is only one Mediator between God and man, the Man Christ Jesus. The Bishop became very irritated and removed me from my position as a pastor and teacher. I told him that I was going to appeal to Rome, to the pope, and he suggested that I go ahead.

The Grace of God in a Quiet Room

I left for Rome within a few days after preparing my argument, and I went to the Vatican to present my case to pope Pius XII. For several days I had no answer. Then I was informed that the pope had no time to hear my case, and I would have to appeal to the Sacred Congregation. At this time I realized that I was left alone, that even the one who calls himself the Vicar of Christ and the Holy Father had let me down. In short, I was helpless. I began to realize the difference between the gospel and a church organization. The Gospel is for the people, but the organization of the Roman Catholic Church is not set up for the benefit of the individual but for its political and social leaders.

I left Rome and returned to my people, but when I returned I had no church or teaching position. I did not give up but definitely put my trust in the Lord. I remained in town among my people. A friend gave me a room, and there in the quietness of this room, after so many trials and tribulations with the Bishop and in Rome, I started to read the Gospel for comfort. Never before had I read any book with such interest. To my surprise, I found the answer to many doubts that I had about some of the teachings of the Roman Church. Very soon, by the grace of God, I began to realize that most of the dogmas and teachings that I as a priest had been urging my people to believe were not in the Gospel but were man made, even against the Holy Bible. I began to see that for 17 years I was not a servant of Jesus Christ and His priest but the servant of a powerful organization.

Why Seventeen Years to Discover the Truth?

It may seem surprising that it took so long for me to discover the truth. But you must remember that a candidate for the priesthood enters the seminary as just a boy and is an adult when he completes his full training. As a result it is not easy to decide against the Roman Catholic Church. Do you think that all priests believe what they teach? Many of them do not, but they remain in the priesthood because they are afraid to break away. I could not continue to serve two masters, the pope and Christ.

Christ’s Work – Not Ours

I have chosen Christ and accepted Him as my personal Savior. “Not by works of righteousness which we have done, but according to his mercy he saved us, by the washing of regeneration, and renewing of the Holy Ghost” (Titus 3:5). I am now preaching the true Gospel with freedom and without restrictions in the same town where I was a priest. Persecutions are many, but the Lord is powerful. Several people have been converted.

My dear priests, if you are reading this, do not be antagonistic to the truth, but seek it in the Gospel and preach the truth from the Bible. You must not adapt the Gospel to your teachings; but you must be changed according to the Gospel. If you do not turn to the Gospel truths there will be no hope or happiness for you but only darkness, sorrow, and sin. As Christ said to “the religious men” of His own day, “I said therefore unto you, that ye shall die in your sins: for if ye believe not that I am He ye shall die in your sins” (John 8:24).

“When my father and my mother forsake me, then the LORD will take me up. Teach me thy way, O LORD, and lead me in a plain path, because of mine enemies. Deliver me not over unto the will of mine enemies: for false witnesses are risen up against me, and such as breathe out cruelty” (Psalms 27:10-12).