Sex, Shame, and the Catholic Church

The Catholic Priesthood: Mystique and Scandal?

Articles / The Priesthood / The Sacraments

The False Promise of Forgiveness through Catholic Priests

Will we Remember the Reformers 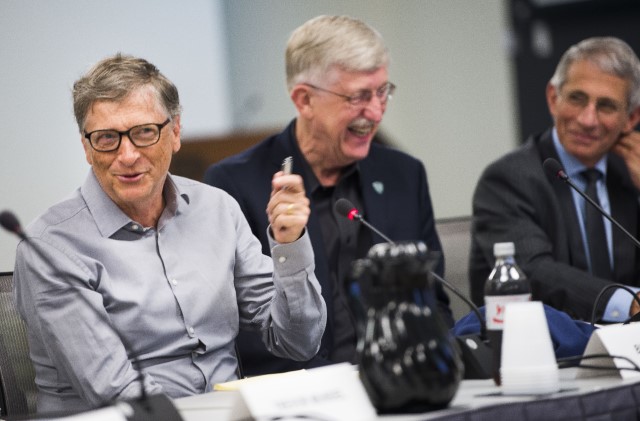 ...for by thy sorceries (pharmakeia) were all nations deceived. Revelation 18:23
And that no man might buy or sell…
Vatican scientist and fetal tissue harvester, Doctor Francis Collins, is back in the news! This time Dr. Collins is advocating that no man might buy or sell, save he that has vaccine credentials. All of this is quite extraordinary considering the mounting evidence that the actual Corona virus has never been isolated in a laboratory. This is making it difficult to prove that a pandemic actually exist or that a safe and effective vaccine can actually be produced.

Dr. Collins is the head of the National Institutes of Health (NIH), a labyrinth consisting of 27 institutes housing over 20,000 U.S. government employees.  Collins was appointed by the Pope to the Vatican’s Pontifical Academy of Sciences and he has been orchestrating the federal response to Covid-19. He has also been at the helm in the development and promotion of the gene altering injection.

In the shadows of Dr. Collin’s recent comments, one of the Institutes he directs, the Department of Health and Human Services (HHS), has been exposed by Judicial Watch in a child organ harvesting scheme. This diabolical scheme is being carried out with the University of Pittsburgh.

Francis Collins and his NIH are nothing short of a horror show. Acting as a classic eugenicist, Dr. Collins is closely following in the foot steps of Margaret Sanger who developed her abortion agenda to reduce the African American population. Dr. Collins has allowed the HHS to single out black women and harvest organs from their babies through induced abortion, many at full term. The helpless victims are kept alive until their needed body parts are surgically removed.

This man is truly a Nazi Doctor who carries out a Vatican agenda. The Berean Beacon exposed Dr. Collins ecumenical scientific efforts in our in depth article, Who is Doctor Francis Collins and Should you be concerned?

We are displaying this video of Dr. Collins to expose the seared conscious of this rambling bureaucrat. It is appalling to watch as he joyfully sings praises about the HHS. HHS is paying out millions of taxpayer dollars to harvest organs form babies. Dr. Francis Collins advocates government experimentation with aborted fetal tissue. Furthermore, Dr. Collins boast of being an Evangelical Christian! This man is a heretic!