There Is Power in Christ’s Atoning Blood – Simon Kottoor

The love of Christ compels me to give testimony to my conversion from the Roman Catholic priesthood to the born-again life in Jesus Christ. For twenty-five years I was a Roman Catholic priest, strictly following the rituals of a system that enveloped me as a huge and indomitable fortress of darkness and ignorance of the written Word of God.

The Lord Teaches Me 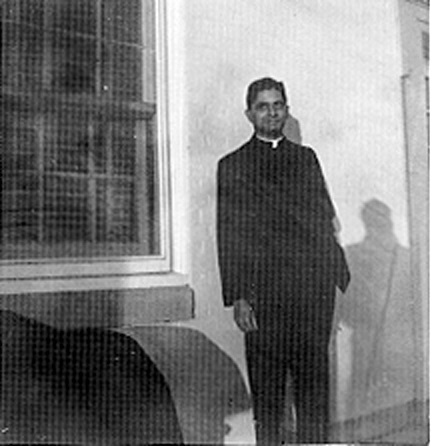 I “baptized” many infants, pouring water on their heads. I, officiated at public processions in honor and veneration of dead “saints,” holding their wooden images, even thought the second commandment of God strictly forbids even the making of graven images. I offered the daily Mass, which I falsely believed was the repetition of the sacrifice of Jesus Christ on Calvary, and I believed that the bread and wine literally became Jesus’ flesh and blood. Only later, when I had studied and prayed over the words of Jesus, as recorded in the Bible, were my eyes opened. The Lord taught me that there could not be a repetition of the consummated sacrifice on the cross, and nor did Jesus literally change bread and wine into His Body and Blood when He instituted the last supper.

Very seriously, steadfastly, and sincerely, I sought the intercession of dead “saints” and prayed for the dead in purgatory; not knowing the biblical teaching that there is only “one God and one Mediator between God and men, the man Christ Jesus” (I Timothy 2:5). He alone died in place of the believer and paid the full ransom for sin. This being true, we understand why there is no mention in the Bible of a place of expiation called purgatory, where souls are released through suffering and the prayers of those living on earth. As a sincere Catholic, I had great faith in the veneration of relics and the sacramentals to which are attributed divine power when they are used for spiritual needs.

Only God Can Forgive Sin

While a priest, I heard many confessions and “absolved” the sins of others, being ignorant of the biblical teaching that only God can forgive sin. The Bible says, “And the scribes and the Pharisees began to reason, saying, Who is this which speaketh blasphemies? Who can forgive sins, but God alone?” (Luke 5:2) (Emphasis added) Remember this, “If we confess our sins, he is faithful and just to forgive us our sins, and to cleanse us from all unrighteousness” (I John 1:9).

I adhered to these and other beliefs and disciplines not only because I was born and brought up in that traditional system, but mainly because I was obliged to obey, for I believed the lie that “outside the Roman Catholic Church there is no salvation.” The teaching of the Church called the “Magisterium,” based on tradition, was accepted as the final authority—not the written Word of God, the Bible (which was an unopened book, even for those studying for the priesthood).

No Peace Apart from God

My education for the Roman Catholic priesthood was in Rome. I took my Doctorate in Theology (D.D.) in 1954, and afterwards did post-graduate studies in economics in Canada. For eight years I was Professor of Economics at B.C.M. College for Women, Kottayam. I was also the principal of St. Stephen’s College, Uzhavoor, for nine years. These were high positions that gave me regard in society and material prosperity. During twenty-five years as a priest, I did not have spiritual joy or peace of soul even when performing the various rituals. There was an increasing sense of darkness and emptiness growing in my soul until I felt that there was no meaning in infant baptism, confession of sins, the “real presence of Christ” in the Mass — or in any of the other rituals. I did not know what to do. I turned to smoking, drinking, gluttony, theater attendance, and other secular activities in an effort to gain happiness and peace. But none of this could give me what my spirit needed. Those were years of agony and spiritual unrest. What I needed was eternal salvation.

Thy Word is a Light unto My Path

Somehow, I began to turn my attention to the Bible. Certain verses caught my attention. “Heaven and earth shall pass away: but my words shall not pass away” (Mark 13:31). I realized that this was because “All scripture is given by inspiration of God, and is profitable for doctrine, for reproof, for correction, for instruction in righteousness: That the man of God may be perfect, thoroughly furnished unto all good works” (II Timothy 3:16-17).

I thank God for bringing into my life some born-again men who helped in my study of the Word of God. They guided me through the “lamp unto my feet” and the “light unto my path.” I became convinced of the reason for my spiritual aridity and emptiness of soul. “Whosoever transgresseth, and abideth not in the doctrine of Christ, hath not God. He that abideth in the doctrine of Christ, he hath both the Father and the Son” (II John 1:9). Even though I had been very religious, I was not abiding in the doctrine of Christ. My eyes were opened to the doctrine of Christ as found in the Bible – the only “power of God unto salvation.” The most meaningful and eternal question of Jesus is in Matthew 16:26 “For what is a man profited, if he shall gain the whole world, and lose his own soul? or what shall a man give in exchange for his soul?” This verse seemed to ring in my ears.

Through the Word of God, I became convinced that it takes more than baptism to make a person a Christian. Infant baptism certainly cannot do it. An infant cannot believe, experience conviction, confess sin; cannot trust and accept Jesus Christ as personal Savior. Also, there is no sign of the death, burial and resurrection of Jesus in sprinkling, as there is in immersion. Soon, I realized my spiritual need and was convicted of my sin and of Christ’s righteousness.

I praise the Lord for granting me the courage and strength to leave everything behind and trust Jesus Christ as my personal Savior and Lord. The day was April 5, 1980. After I was born again by His Spirit and baptized in water, the Lord filled me with a divine peace, a joy of heart, and gave meaning to my life. The emptiness of soul that had plagued me for so long vanished and I now know what it means to become a new creature. Old things are passed away; behold, all things are become new.

Satan, however, has not left me alone. He has been roaming about like a roaring lion. He began to make use of his agents to persecute me through physical assaults, isolation, ostracism, and by false litigation against me. I have suffered everything described in Psalm 69:4, 8 and 12. Through all this, the Lord remained my comfort and strength. He has never failed nor forsaken me. His words in Psalm 27:10 and Luke 6:22-23 have given me added confidence, inspiration, and even joy. 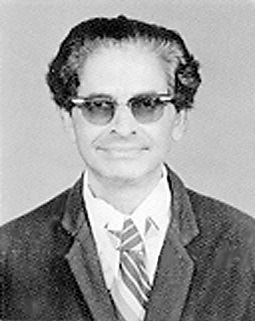 The Lord blessed me with a born-again wife (a nun for twelve years), and we have been living by faith and serving the Lord ever since. I have traveled to many places in India and abroad to preach the truth about the saving power of Jesus Christ and give the testimony of my conversion. I have visited many families and individuals in an effort to bring them to the Lord. It seems miraculous to realize how the Lord took my family and me from place to place in India in spite of the persecution. Finally, in 1987, He opened a way for me to take my family to America. Soon, through Dr. Bart Brewer of Mission To Catholics International, we were introduced to Pastor Ted Duncan of Liberty Baptist Church in San Jose, California. I will ever remain grateful to these men for their benevolence and spiritual help to us. They were indeed good Samaritans.

My wife and I have been blessed with a son, Jimon, and a daughter, Jintomol. Our family resides in San Jose, and we fellowship at Liberty Baptist Church. Because I am a senior citizen in poor health, and my wife is not technically skilled, we are in the position of not having a dependable income, but our trust is in the Lord who supplies our urgent need through His children in the family of God.

Dear Reader, look to Jesus Christ. There is power in His atoning blood to wash away your sins as He did mine. No one can limit the efficacy of the precious blood of Christ. Trust on Him alone. For His Word states, “Being justified freely by his grace through the redemption that is in Christ Jesus” (Romans 3:24).