THE CONVERSION OF A CATHOLIC NUN 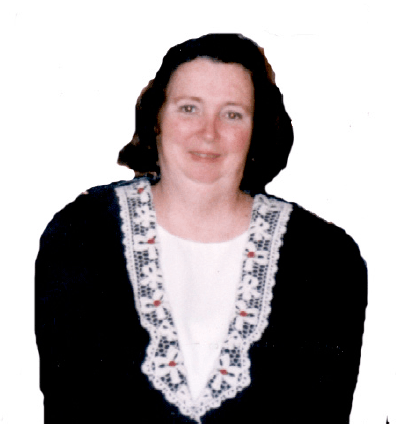 I was born into a Catholic family where the rules of the Catholic Church were practiced. After eight years of Catholic elementary school, at thirteen years of age, I entered a preparatory high school for a religious congregation. While in the congregation I attended four years of college and received a Master’s degree.

I felt a personal relationship with Jesus, Mary, and various saints and had an unquestioning attitude toward the authority of the church. I did not doubt, but believed and practiced. During the late sixties, however, I felt free to question infallibility and the practice of the mass every Sunday “under pain of mortal sin.” After all, Hans Küng and others of high repute were doing the same thing. I began to realize the “man-madeness” of Catholic doctrine and practice.

Then I met a priest who befriended me and later proposed marriage to me. It was the late sixties and it was happening all over the place, so to speak. I decided I couldn’t handle such encounters.

When I left the convent, I had to obtain my own job, find living quarters, etc., all without the least interest of help, from the group which I had given fifteen years of my life, and without any assistance from my family. I became a second-class citizen in the Catholic Church. I missed giving my whole life and self to “God’s” work. My greatest problem was the division of first-class, holy “religious” citizens and second-class, not-so-holy “lay” citizens.

After leaving the convent and being rejected by my family, I decided I didn’t want to live alone for the rest of my life. Through a friend I met my husband. On our first date he told me he had been signed up for a minor seminary but was advised to wait and never pursued it again. A few months after we began dating, a friend took Briant to his church where he heard the gospel and responded to an alter call, but it wasn’t until three years later that he decided to leave the Catholic Church. I no longer felt fully committed to being a lay Catholic and I loved Briant, so I went with him to the Fundamental church. My immediate response to the gospel was confusion. It took me two full years of painful searching for answers before I was finally free of the shackles of Catholicism and able to give myself to Jesus in a truly Biblical understanding of salvation.

My greatest stumbling block was being baptized. It is very difficult to accept that something you have believed in all your life and dedicated yourself to is so false and ugly. It is only the grace of God that brought me through.

If we act on what we know to be God’s will, He blesses it with abundant understanding. Right after I was baptized, I heard about Mission To Catholics and have learned so much from the excellent material and have been able to distribute hundreds of tracts.

It is such a shame that Fundamental Christians are generally not well prepared to help a person with a background such as mine. The Lord has clearly shown that the years I diligently sought Him and searched for Him in the Catholic Church were not in vain. I am so excited at the opportunity to be used by Him in a way to help anyone I can to understanding the errors of the Catholic Church. I was brainwashed with those errors and the slow painful learning of the truth hopefully makes me sensitive to the people in the Catholic church who are sincerely searching for God but don’t know where to find the truth.

Dear Reader: Have you been “born again?” If you cannot say an emphatic “Yes” to this question, then in all likelihood, you are lost. Jesus said, “Except a man be born again, he cannot see the Kingdom of God.” In other words, unless you have been born spiritually-born from above by the Spirit of God-you will never, never go to heaven at all! (Read John chapter 3)

In Acts 16:31 the Apostle Paul said, “Believe on the Lord Jesus Christ and thou shalt be saved.” To “believe” on Jesus according to the Bible, means more than just believing certain historical facts about Him. Remember, the devils believe this way, and none of them are saved (James 2:19). Jesus says you must “Repent.” (Luke 13:33). That is, you need to turn from your sin and from any other hopes you might have of getting to heaven. You need to see yourself as a hopelessly lost sinner and come to Jesus for forgiveness and cleansing from sin and continue to trust in Him alone. If you sincerely do this, then He will receive you and make you a “born-again” child of God. (II Corinthians 5:17&18).