Saved by the Free Grace of God – Robert V. Julien

I chose to become not only a Roman Catholic priest but more than that, a Roman Catholic missionary priest. The reason was that I wanted to do great exploits for God. I thought that being a missionary in some far-away land and learning a strange language and strange customs would indeed be a great adventure, and I even entertained the thought that perhaps I might be chosen by God to suffer and die a martyr’s death for the cause of Christ. Such were my thoughts during the long years of study in the seminary as I prepared myself to become a Missionary Father of the Catholic Foreign Missions Society of America.

I Sought a High Grade with God

Looking back upon those years, I can now recognize the real motive behind it all. What I was really seeking was God’s approval and an assurance in my heart that I would make the grade and be worthy to enter God’s heaven when I died. I had no real peace in my heart all those years, even during my ten years as a missionary priest in Tanzania, East Africa. Just as Adam hid his nakedness behind fig leaves (Genesis 3:7), so I constantly strove to hide my spiritual nakedness behind fig leaves of religious and missionary activity.

A Missionary but Lost 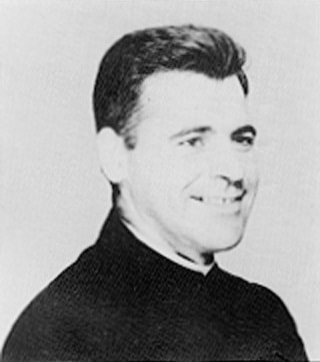 It gives me no pleasure to recall the years of my past. It was so very shameful. I was such a sinful person, and so hypocritical. Some might say that I did much good for those African people, building schools for their children, providing medicines for their sicknesses, and teaching them religion; but today I know that all those so-called “good deeds” were but “filthy rags” in God’s sight (Isaiah 64:6). I was a poor, lost sinner in deep need of God’s salvation, and did not realize it. All I knew then was that I was somehow already saved by the fact that I was a Catholic, for I truly believed that all Catholics were saved the moment they received the sacrament of baptism.

I Thought My Good Deeds Would Get Me to Heaven

How I regret those wasted years, years in which I knew not the true God, nor His Son, the true Lord and Savior, Jesus Christ! How deceived I was to believe that I could merit heaven by my good deeds and my priestly and missionary labors! I was 37 years old when the God of the Bible revealed Himself to me. How free and how bountiful was His grace and mercy toward me! He pardoned me of all my sins, and He gave me a peace in my heart that truly satisfied my every longing. In a moment of time, I was changed, radically changed, inside my being. Indeed, I was born anew, born of the God of Heaven Himself. “Verily, verily, I say unto thee, except a man be born again, he cannot see the Kingdom of God” (John 3:3).

From all eternity, God had chosen me to be His. That is why He intervened the way He did in my life and put a stop to my headlong plunge toward hell. Yes, that is exactly where I was headed, even as a missionary priest. I was on my way to a fiery hell, forever separated from a loving God. He uncovered and showed me what I was under my pious exterior: I was a vile sinner! “For all have sinned and come short of the glory of God” (Romans 3:23). “But God, who is rich in mercy, for his great love wherewith he loved us,” saved me by His grace. “For by grace are ye saved through faith, and that not of yourselves: it is the gift of God: not of works, lest any man should boast” (Ephesians 2:4, 8-9). I was so happy to discover that God’s salvation is a gift. I thank God every day for “…his unspeakable gift” (II Corinthians 9:15).

It was in November of 1966 that I left the Roman Catholic Church and her priesthood for good. Some have said that I left because I wanted to get married, but that is absolutely false. I did not want to get married. I was too proud to think of marriage. Somehow, I held marriage in very low esteem, thinking it was something below my dignity. Nevertheless, the God who saved me by His grace in due time made it clear to me that it was His will that I get married. His Word is plain enough: “Marriage is honourable in all, and the bed undefiled: but whoremongers and adulterers God will judge” (Hebrews 13:4). Also: “Nevertheless, to avoid fornication, let every man have his own wife, and let every woman have her own husband.” And “But if they cannot contain, let them marry: for it is better to marry than to burn” (I Corinthians 7:2, 9). God did provide me with a Christian wife, one who knows and loves the same Lord Jesus Christ as I do, and recently we celebrated our 25th wedding anniversary.

God Speaks through His Word

But why did I leave the Roman Catholic Church and her priesthood? People have asked me that question, and I have answered them in this fashion, “Because God told me to leave it.” I tell no lie. God did not speak to me in an audible voice. He spoke to me through His written Word in the book of Revelation where He says very distinctly “…Come out of her, my people…” (Revelation 18:4). The true Christ is calling His people to come out of Roman Catholicism. Of course, those who are not of His people, that is, not His sheep, cannot receive that command. “My sheep hear My voice, and I know them, and they follow Me” (John 10:27). Before God saved me by His grace, no man could have persuaded me to come out of Romanism. But when He saved me and revealed His great love for me, and I heard His kind, gentle voice for the first time, it was easy for me to obey His command to come out and to follow Him. I love Him so, because He first loved me.

One Authority, One Lord

I thank my God for opening my eyes. I realize now that a church which takes pride in having a visible head (i.e., the pope of Rome), visible signs of grace (i.e., the sacraments), visible successors of the Apostles (i.e., bishops and priests), and requires images and statues to remind the people of God, cannot be in any way the true Church of Jesus Christ. The true Church is built upon faith – faith in God’s infallible Word. True born-again Christians do not need a “visible” pope because they already have an invisible Lord, the one Head of the true Church. “For if these things be in you, and abound, they make you that ye shall neither be barren nor unfruitful in the knowledge of our Lord Jesus Christ” (II Peter 1:8). Like Moses, they are “seeing him who is invisible” (Hebrews 11:27).

Neither do they need visible signs such as the Mass and sacraments because their salvation is wrought by the power of the Holy Spirit as they place their total trust in Jesus Christ alone as their personal Savior. Nor do they require visible successors of the Apostles because they know from the Bible that it is God Who raises up the spiritual leaders He wants, when He wants them to feed His Church with the precious Word of God. Finally, they do not need images or statues to remind them of God because they see the true image of Christ in the written Word of the Bible. Besides, God has condemned both the making and the veneration of images and statues as idolatry (Exodus 20:3-5).

Where the Lord Now Has Me 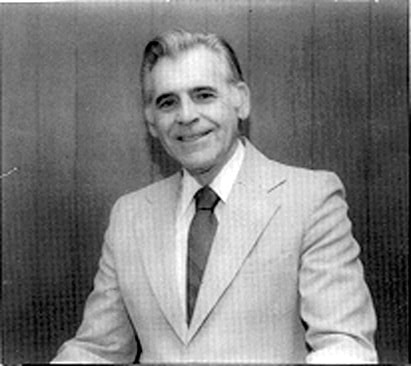 At the present time I am employed, and have been for the past 23 years, in the commercial printing trade. I serve as an adult Bible teacher in a local Evangelical church. In this church there are a number of former Roman Catholics who, like myself, have been saved by God’s amazing grace and know and love the true Jesus Christ of the Holy Bible. “And this is life eternal, that they might know thee the only true God, and Jesus Christ, whom thou hast sent.” (John 17:3).