The Society of Jesus [S.J.] (AKA the Jesuit Order and “the Company” – was founded circa 1534 by a Spanish Basque Roman Catholic soldier named Ignatius de Loyola [Ignacio de Loyola] (1491-1556) and several other individuals. The Jesuit Order was OFFICIALLY recognized as a Roman Catholic religious-military order in 1540 by Pope Paul III. In 1541 Ignatius of Loyola became the first Jesuit Superior General (i.e., the first “Black Pope”, which is an “Italian nickname” for the Jesuit Superior General), a title-office that he held until his death in 1556.

Ignatius of Loyola, after finishing his military service – and after recovering from a combat wound, became a Roman Catholic priest – and later became known as a Roman Catholic theologian. He is quite famous for his “Spiritual Exercises” and meditation techniques, which are used to this very day. The religious-military order that he co-founded became the “spearhead” of the Counter Reformation, which was responsible for “countering” [i.e., opposing] the so-called Protestant Reformation, which it did “counter” quite successfully. Since the time of the Council of Trent (held in three sessions in Trent, Italy from 1545 through 1563), the Jesuit Order has basically controlled the Papacy and the entire mechanism of the Roman Catholic Church. The Jesuit Order also controls the powerful and influential Knights of Malta and the highest levels of so-called “Protestant” Freemasonry. Historian James Parton stated: “…if you trace up Masonry, through all its Orders, till you come to the grand tip-top, head Mason of the World, you will discover that the dread individual and the Chief of the Society of Jesus are one and the same person!”  Through its control of the Knights of Malta and the top levels of Freemasonry, the Jesuit Order controls the international intelligence community and the international banking community!

Jesuits are famous for “blind obedience” [i.e., for blindly following their superiors’ orders]. The Jesuits are also very famous for being the father-confessors to rulers and the wealthy elite, such as emperors, kings, queens, mistresses, prime ministers, princes, princesses, generals, and admirals.

The Jesuits are infamous for being expelled by numerous countries and city-states, including from numerous predominantly Roman Catholic countries, such as Portugal and Spain. They were also thrown out of Russia several times (e.g., 1816 and 1820). According to Canadian Historian J. E. C. Shepherd: “Between 1555 and 1931 the Society of Jesus was expelled from at least 83 countries, city states and cities, for engaging in political intrigue and subversive plots against the welfare of the state…”

The Jesuits are also infamous for assassinating heads of State, such as Tsar Alexander I and Tsar Alexander II of Russia. Authors Brigadier General Thomas M. Harris, Burke McCarty, and Chuck Wilcox all make a very good case about Jesuit and Papal involvement in the assassination of President Abraham Lincoln in 1865. The Jesuits are also infamous for starting wars (including world wars) and revolutions such as the French Revolution (1789-99) and the Bolshevik Revolution (1917) in Russia.

History of the Jesuits

By Richard Bennett Latin American liberation theology has been a movement linked with the Roman Catholic Church.  This is only the tip of the iceberg! The principles that it proclaims plague Western society.  The welfare states in the USA and Europe are just different expressions of the same Catholic mentality seen in official statements of Read More

By Greg Bentley IMAGINE A VACCINE SO SAFE YOU HAVE TO BE THREATENED TO TAKE IT FOR A DISEASE SO DEADLY YOU HAVE TO BE TESTED TO KNOW IF YOU EVEN HAVE IT? Here is why you should not take the vaccine for Covid-19. First and foremost the Lord has declared in 1 Corinthians 6:19…know ye not that your Read More

The Curious Catholic Connections with the CDC

Curious Catholic Connections of Dr. Redfield, Head of the CDC By Greg Bentley and Dr. Lucija Tomljenovic “But let your communication be, Yea, yea; Nay, nay: for whatsoever is more than these cometh of evil.”1 On March 15, 2020, the Center for Disease Control (CDC) banned gatherings of 50 or more people in the United States. Read More

Dr. Fauci and Pope Francis: Jesuit Birds of a Feather?

By Greg Bentley and Stuart P. Quint “Do not be deceived: ‘Evil company corrupts good habits.’[1] “Tell me who your friends are, and I will tell you who you are.”[2] The coronavirus crisis creates strange bedfellows. What unites Washington, DC and Vatican City today?  What do Dr. Anthony Fauci and Pope Francis share in common? Read More

Who Are the Jesuits, and Should You Be Concerned Today?

By Stuart Quint Rome commemorates the death of  Ignatius of Loyola on July 31 each year.[i]  Loyola was the notorious founder of the Society of Jesus, also known as the “Jesuits”.  While the man died long ago, his movement lives on with its malicious mission nearly 500 years later. The Jesuit agenda has relevance Read More

On the first anniversary of Pope Francis’s election to the papal chair, we thought it fitting to see what the Jesuits think of Francis’s work so far. Appropriately, James Martin, S.J., editor-at-large of the prestigious Jesuit magazine America,was featured in a brief online video entitled, “Pope Francis: Still a Jesuit.”1 The video is subtitled “A look at Read More

Unholy Vatican Alliance: Social Justice and the Society of Jesuits

Unholy Vatican Alliance: Social Justice and the Society of Jesuits [1] By Stuart P. Quint Paul warns Christians to flee from worldly philosophy that deceives and destroys faith in the truth:  “Beware lest any man spoil you through philosophy and vain deceit, after the tradition of men, after the rudiments of the world, and not Read More

John Henry Newman was a double agent for Rome who helped to lead Anglicans into the Roman Catholic Church. After leaving the Church of England, Newman was ordained a Cardinal and posthumously canonized by Rome. One of his most serious errors was teaching the symbolic Lord’s Supper as if it were the Lord Himself. This error can lead people into apostasy as many are fascinated by the mystical aspect of the claimed actual presence of the Lord.
However Newman’s mystical Jesus is simply the age-old temptation of looking to a physical substance to obtain life. In this video Richard Bennett and Michael de Semlyen analyze the consequences.
Share on Facebook Share
Share on TwitterTweet
Share on Pinterest Share
Share on LinkedIn Share
Share on Digg Share
Send email Mail 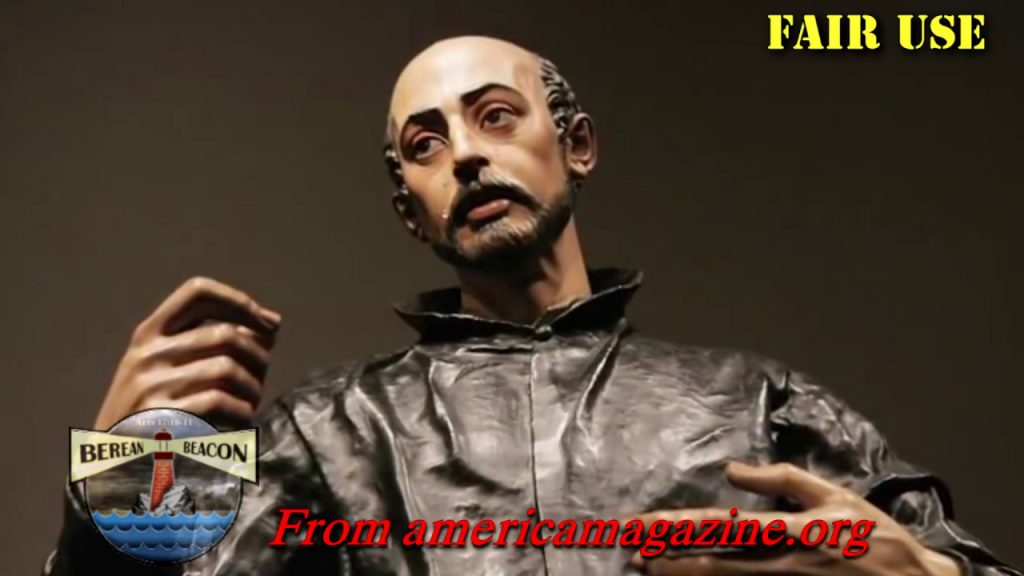 An Interview with a Former Jesuit Priest 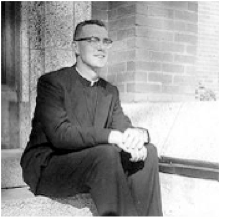 Former Jesuit Priest Bob Bush is interview by former Dominican Priest Richard Bennet. The men discuss infant baptism, the gift of faith in salvation and a variety of other difficult topics. Bob gives his personal testimony of true Biblical salvation and exposes the conflict caused by contrasting authorities, the Bible and tradition. You can hear the compassion that these men have for reaching precious Catholic people with Gospel.
Play
Stop
X
Share on Facebook Share
Share on TwitterTweet
Share on Pinterest Share
Share on LinkedIn Share
Share on Digg Share
Send email Mail

The Counter Reformation and the Jesuit Order

Ignatius of Loyola founded the  Roman Catholic Jesuit order in 1530 as a means of countering the work of God in the reformation. One of their first acts of terror was carrying out the  Gunpowder Plot of 1605. The purpose of the plot was to blow up the English parliament taking out the protestant government to include King James I.  Soon after this plot was foiled, the Jesuits began the infiltration of the largest protestant church, the Anglican Church also known as the Church of England. The Jesuits systematically began to destroy the works of the reformation and to cloud the identity of the Papacy which was clearly revealed by the reformers as The Antichrist of scripture. This was accomplished by the introduction of the Jesuit doctrine known as futurism which proclaimed that the Antichrist is not present but will arrive a future point in time. This doctrine eventually became known as dispensational theology  now widely accepted by present day Evangelicals.
Play
Stop
X
Share on Facebook Share
Share on TwitterTweet
Share on Pinterest Share
Share on LinkedIn Share
Share on Digg Share
Send email Mail 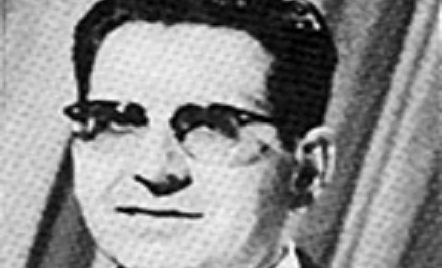 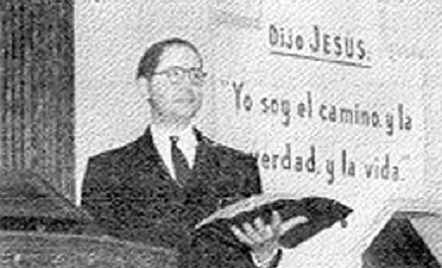 Once a Jesuit, Now a Child of God – Bob Bush 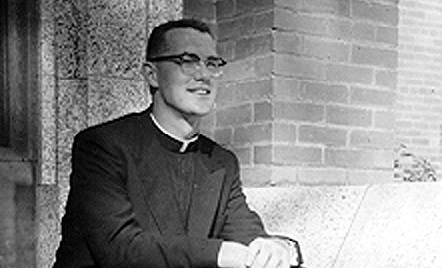