This Is My Story

I was born and raised in a Catholic family.  My mother was very devout.  The point came in my life when I wanted to serve God in a special way.  Since I was a Catholic, the only way I knew was to enter the convent.  I decided to enter the Sisters of Christian Charity.  This particular Order attracted me because of their friendliness, congeniality and charitableness.  Here I thought I would be happy and serve the Lord the way He wanted me to serve Him.  From the moment I entered, I was told that I did not deserve this “Holy Vocation” and that I would not last long if I did not measure up to all their standards.  I determined to make a good Sister of Christian Charity.  However, it did not take me long to find out the truth about convent life.  Instead of peace, harmony and working together, I found contention, backbiting, arguing and much unpleasantness and uneasiness in the atmosphere.

A False System of Works

While in the convent, I was preparing to be a teacher.  Every day we had instructions on how to be a good and effective sister, and then we had a second lesson on Catholic doctrines such as the Mass, sacraments, rosary, infallibility of the Pope, etc.  These doctrines began to seem empty to me, like a complicated system of works, sacrifices, and penances which you gathered together, hoping you would get to heaven faster, but with no real assurance of whether or not you will make it to heaven as soon as you die.  I diligently started praying to God to increase my faith so that I would not doubt the teachings of the Catholic Church.  However, I remained in this state for a number of years, just continuing on day by day no matter how hard things were.  I still thought I could earn my salvation, but this is not so, as we read in Ephesians 2: 8-9, “For by grace are ye saved through faith; and that not of yourselves: it is the gift of God:  Not of works, lest any man should boast.”

In the convent we are kept very busy so that we would not have enough time to think about the falseness of the system.  The rising bell rang at 5:30 A.M. followed by an hour and a half in chapel of formalized prayer, the Mass, then chores, college classes, meditation and rosary.  Everyone was brainwashed to the ideas of the Roman Catholic Church, such as prayers to Mary, asking her to intercede to God for us and calling her the “Mother of God.”  We also faithfully wore scapulars to help us by-pass purgatory.

You are not allowed to tell your family or friends what really happens inside the convent.  Everything was to be presented as a rosy picture, and all suffering, pain, illnesses and unhappiness kept inside yourself.  You are robotized to think, act, talk and do the same thing, all at the same time.  It is the aspect of fear that keeps girls in the convent, fear of leaving the “one true Church”, as the Catholics like to say, and possibly risking your chance to get to heaven.  You are never taught to ask Christ for help or to give thanks to Him.  It is always pray to Mary, Joseph, or some other “Saint” such as Anthony, Jude, etc.  There is much superstition found in the convent.  For example, they would place a statue of St. Joseph on the window ledge so that it would not rain, but it still rained.  They kept a statue of Mary on the dishwasher so that it would continue to work, but it still broke down.  In the Bible, Deuteronomy 16:22, we read, “Neither shalt thou set thee up any image; which the Lord thy God hateth.”  And in Exodus 20:4, “Thou shalt not make unto thee any graven image, or any likeness of any thing that is in heaven above, or that is in the earth beneath, or that is in the water under the earth.”   Can you imagine such pagan superstition in the twentieth century?

The Rosary never answered any of my prayers, as it supposedly did for the others.  Praise God, today I understand why.  Matthew 6:7, “But when ye pray, use not vain repetitions, as the heathen do: for they think that they shall be heard for their much speaking.”  Confession never gave me that washed clean feeling as it did for the others.  Now I see why.  It says in Romans 14:12, “every one of us shall give account of himself to God.”  We are accountable directly to God, not to a priest, for our sins.  Praise God for His mercy, by giving me doubt, during those convent years.  Receiving the “host” at Mass, the supposed body and blood of Christ, as we were taught, never helped strengthen my faith.  It was just a dry piece of wafer to me.  There was nothing to hold on to that was real.  Colossians 2:8 warns us, “Beware lest any man spoil you through philosophy and vain deceit, after the tradition of men, after the rudiments of the world, and not after Christ.”  But Roman Catholics still insist that their tradition is better than God’s Word.  As the years rolled on, I continued in my unrepentant state before God, for I had not yet come to see that salvation is only through Christ.

In January of 1972, I began to come to an awakening of the truth.  I prayed and asked God whether or not I should stay in the convent.  God showed me that I should leave and He blessed me for the first time in all those years with peace in my heart and a happy and relaxed state of mind.  When I told my superior of my decision, I was told that I was emotionally upset and not to make such a serious decision for at least another three or four months.  I was told that my parents would no longer love me if I left, and that I would not command respect if I did not wear the habit of the sisters.  But I kept praying that God would release me from there.  I did not know that my parents had both been saved and were praying for God to take me out of the convent.  They did not want a divided household, and prayed that their only children (both in the religious life) would also be saved by God’s infinite mercy.  They believed in Acts 16:31, “Believe on the Lord Jesus Christ, and thou shalt be saved.”  After many days of prayer, my Superior finally told me that if it was really what I wanted, I could leave.

Salvation by Believing in Jesus Christ

I left the convent February 1, 1972.  When I came home, I was in such a confused state that I cried over any little thing.  I totally turned against God.  I did not want to hear anything about religion.  I felt that my world was shattered and I was fearful of the outside world.  My parents had been saved under the ministry of Rev. Alex Dunlap on January 17, 1972.  They continued to live their new Christian lives as they did before I came home.  They encouraged me to go to church with them, so I would go to their church (Cedar Grove Church, a fundamental Bible preaching church), but only to be polite and not cause friction in the house.  My mother would listen to Oliver B. Green and his Bible study in the morning, and I would listen to be polite.

Finally, through the deep concerns and many prayers of the Christians at my parents’ church, I came, six weeks later, to see that I was a sinner.  Without Christ’s precious blood, which was shed on the cross for me, I would surely go to eternal damnation, if I did not believe in Jesus Christ as my all-sufficient Lord and Savior.  I have let Christ rule my life, I have received Him into my heart and He has saved me from my sins.  Now I know, that when I die, I will go straight to heaven and be with my Lord and Savior Jesus Christ.

Now that you have read this story of how Christ saved me, I pray that you, too, will recognize your sinful condition, “For all have sinned, and come short of the glory of God;” (Romans 3:23) and receive Jesus Christ as your Savior.

I praise the Lord that He has saved my whole family.  My brother, Frank, who was studying for the priesthood now preaches the Word of God rather than the traditions of man.  He has realized through the Bible in I Timothy 2:5 that “there is one God, and one mediator between God and men, the man Christ Jesus;” This one mediator is not the Roman Catholic priest, as Catholic doctrine teaches. 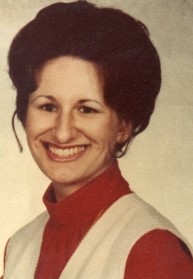 If any parent reading this testimony has a daughter or son in the religious life, I plead with you to take them out of that system.  Do you ever think seriously about where you will spend eternity?  There are only two places:  heaven through Christ or hell by Catholicism and its works.  I am sure you have all received gifts from family and friends, and you graciously accepted the gift with pleasure and happiness.  God is also freely offering you the gift of eternal life, “...the gift of God is eternal life through Jesus Christ our Lord” (Romans 6:23).  “For God so loved the world, that he gave his only begotten Son, that whosoever believeth in him should not perish, but have everlasting life” (John 3:16). “Behold, now is the accepted time; behold, now is the day of salvation” (II Corinthians 6:2).  Accept Jesus Christ, your gift of salvation, now.  He is the only way.  “I am the way, the truth, and the life: no man cometh unto the Father, but by me” (John 14:6).

After five and a half years in the convent, I am now serving my precious Lord and Savior as a missionary through the Gospel Outreach, Inc., Philadelphia, Pennsylvania USA