Why I Left the Monastery – Miguel Carvajal 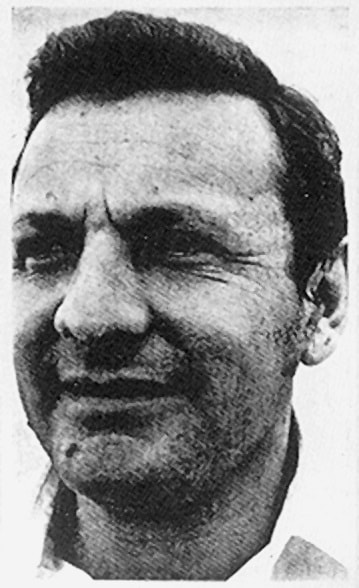 It was four o’clock in the morning. I put as much clothing and other articles as possible into a suitcase. My decision to leave the monastery had been made. I carefully opened the door of my room without turning on a light, because it might be harmful to me personally if I were discovered slipping away from the monastery.

I went to a Catholic church in a small town. Not knowing what course to take, I entered the church. The lamp was burning in front of the high altar. I tiptoed along the aisle, and then decided to go through a side door that led into a silent courtyard. I had no place to go, and I thought perhaps the privacy afforded here would give me time to make the next move. I had removed the Franciscan habit and now my clothing was that of a civilian.

I was converted when I was 32 years old. Now I am happy in my relationship with my Savior. I was given the name Friar Fernando while I was in the monastery, but now I have my real name: Miguel Carvajal. Before I explain my conversion, this is the order of events. Having left the monastery, a new day of liberty shone for me. I had reached the crossroads of life and had shut the door of darkness behind me; now to take the way of life was my final decision.

The Cold Uncertainty of the Future

You must know that it was no easy matter to close the door behind me. Doubts would arise; the struggle was great, but I must not go back to the slavery of the Catholic Church. All of this took place while I was still in the courtyard. When I left the courtyard and stepped out into the square of the little village, the cold wind from the volcano “Cayambe,” six thousand meters high, nearly paralyzed my body. The cold, and fear of the future, fell upon me.

Freedom I had found, but where I should now go was my problem. For the last time, I looked toward the small window of my cell at the monastery, remembering the doubts, struggles, prayers, and study to find peace for my soul. The walls of the monastery were a witness to my despair when I was confused and thought that perhaps God would not forgive my sins. I found that sacrifices and fasting were not enough; only a born-again experience would do. “Jesus answered and said unto him, Verily, verily, I say unto thee except a man be born again he cannot see the kingdom of God” (John 3:3).

I walked across the square of the village, realizing that the Bishop and his priests were living here and that I must not be seen. Now my thoughts were directed toward the future, and I traveled rapidly along the empty street. I was tired, and my breath was coming in short gulps, as I ascended and descended the hills with my suitcase on my shoulder. My steps were directed toward my mother’s home in Quito. I could hear the church bells ringing in the village I had left. Wearily, I sat down and wept. The temptation to return almost overwhelmed me. The sun was now rising in the Ecuadorian sky.

I had lived in the monastery ten years. I thought of the students, priests, and monks of the monastery and how I had shared with them all the problems of life. I had known the bad and the good monks, their desires, conversations, and secrets, and the small amount of food that we shared together. I longed for some of them to come with me, because the way seemed so lonely. They would, of course, face the wrath of the angry Catholic Church if they did leave. If they left, they too must face the struggles of life, the spiritual pressure and the menace of the Church.

To leave the Catholic Church one must encounter the displeasure of family, relatives, and friends and all kinds of criticism, and face an uncertain life, without employment. A mountain of trials and frustrations presents itself before the new believer, but we have a promise and the Bible for a guide. “And ye shall know the truth and the truth shall make you free” (John 8:32). It was my preference to leave the Church and be independent. I was tired of hypocrisy and tired of a religion without spirituality.

I finally came to a small town and found myself, without money, stranded at the railway station. Because I had been a priest and was now traveling in civilian clothes, the public should not see me. It would be very embarrassing for the people to see a priest who, as they would think, had fallen so low. Therefore, I walked for about two hours to Quito, the capital of Ecuador, and the home of my mother.

My mother cried because I had left the monastery. She could not know how I had longed to find the Savior. Here was another temptation. I decided to remain a Catholic to please my mother, but not return to the monastery.

I had been at the monastery so long that it was hard to adjust to life on the outside. The customs of the people and those of the priests are so different. I was indeed miserable and depressed. I decided to seek pleasure in the youthful lusts of the world, such as drinking, smoking, dancing and visiting places of ill reputation. I did not think this was wrong, because these things were condoned in the monastery. I found work teaching in a Catholic school, which lasted for two months. I desired to further my education, but God knew my heart and therefore my plans were thwarted.

I had a friend who worked at the HCJB Broadcasting Station. He wrote to me and testified of salvation in Christ. I scorned this and said that the priest knows best for the people. I had been taught that the Protestant Church was bad. A priest who was my history teacher in the monastery sent word that if I would return, there would be nothing said about my leaving.

A New Creature in Christ

The Christian people were called Evangelical. One afternoon I was talking with one of the Evangelical girls. We talked about two hours, discussing the Lord and the way of salvation. “For God so loved the world that he gave his only begotten Son that whosoever believeth in Him should not perish but have everlasting life. For God sent not his Son into the world to condemn the world but that the world through him might be saved. He that believeth on Him is not condemned but he that believeth not is condemned already, because he hath not believed in the name of the only begotten Son of God” (John 3:16-18) and “But these are written that ye might believe that Jesus is the Christ, the Son of God; and that believing ye might have life through his name” (John 20:31).

It was at this moment that I believed and accepted Jesus Christ as my personal Savior and became a new creature. My life was changed, and for the first time in my life I experienced true born- again salvation.

I was exceedingly happy. The neighbors began to ridicule my mother and said that I had lost my mind. They wanted to force me to return to the Catholic Church. They did not know that for me all things had become new.

The Catholic Church was celebrating Holy Week again. I was confused. The old life was bothering me at that moment. This was in April of 1960. I decided to go to Guayaquil although I had very little money and did not know anyone there. In Guayaquil, I became ill with malaria. The thought came to my mind to return as a prodigal son to my mother’s home and to the monastery, but God sent one of his faithful servants who took me into his home and cared for me. 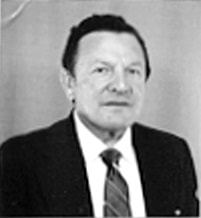 When I was better, I worked and began to serve the Lord and studied in the seminary. I am now happy to preach the salvation of the Lord and serve in the Berean Church in Ecuador. I desire to read with you the words of the Lord in the Bible from John 6:47: “Verily, verily, I say unto you, He that believeth on me hath everlasting life.” The meaning is very clear. However, to believe on Christ alone is very difficult, because to do this we must first renounce all false human and religious traditions and place our faith exclusively in Jesus. Grounded on His finished sacrifice, we have eternal life. It is very important that a Catholic deals with the Gospel as it is declared in I Corinthians 15:3-4: “For I delivered unto you first of all that which I also received, how that Christ died for our sins according to the scriptures; And that he was buried, and that he rose again the third day according to the scriptures.” If you truly believe that Jesus Christ paid completely for your sins, and in faith you trust Him with all your heart, you are then free from sin, and you have everlasting life.